The most savage screensaver 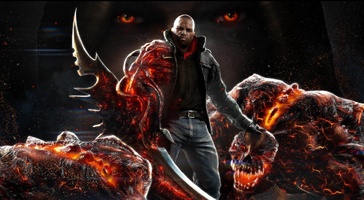 Advertisement
Prototype 2 Screensaver is a screensaver that brings animated images from the sequel to the great game Prototype to your desktop. The images feature James Heller, the franchise's new protagonist, who has replaced Alex Mercer.

You'll see him making use of some of his different powers, which allow him to mutate parts of his body into authentic weapons of mass destruction, capable of destroying tanks and helicopters as if they were made of paper.

As you might expect, Prototype 2 Screensaver comes with a soundtrack, which lends a little extra ambience to your computer. (You can also deactivate it).

Prototype 2 Screensaver is a good screensaver, specially made for fans of this excellent, savage franchise.
Reviewed by Andrés López Translated by Molly Lincoln

There are opinions about Prototype 2 Screensaver yet. Be the first! Comment

Call Of Duty Special Edition Screensaver
The most impressive shooter game of all time for your desktop
Team Fortress 2 Screensaver
Heavy, Scout, and company on your screensaver
Super Mario Bros Level 1-1
Let Mario appear if you are away
Watery Desktop 3D
Add water effects to your desktop
SETI home
Search for extraterrestrial intelligence from home!
300 The Movie
Frank Miller graphic novel comes to your screen too
Superman Returns
Superman returns... to protect your screen
Harry Potter and the Half-Blood Prince
Great screensaver with images from the sixth movie